After the science museum, we braved the drizzle and headed downtown. The hubby & I are big country music fans, so our first stop was a peek inside the Ryman Auditorium. 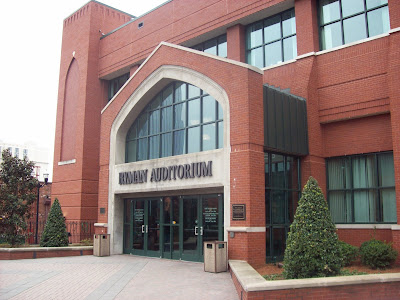 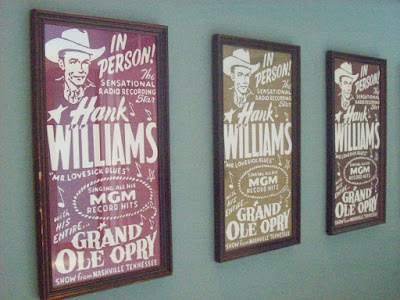 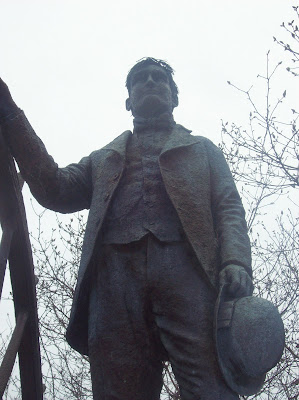 Of course it wouldn't be a trip with the Shearer's if we didn't hit up at least one hockey rink, (we hit three in this trip, but that was the whole reason for the drive to Nashville...a tournament!). The home rink of the Nashville Predators was right downtown so we popped in there as well and got the kids a little souvenier from the pro shop. The boys LOVED this huge sign on the side of the arena. Noah & Jonah referred to the city as Smashville for the rest of the weekend. 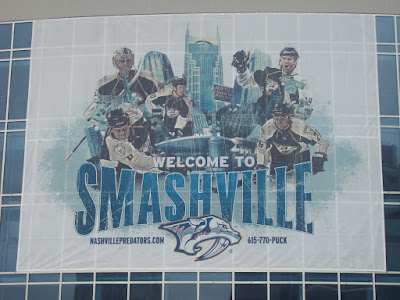 And there were some popular buildings to photograph too. 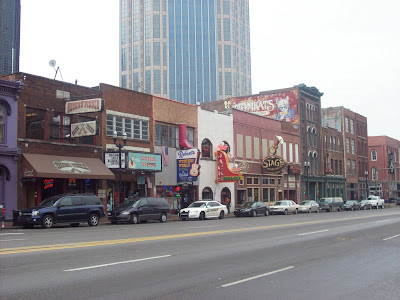 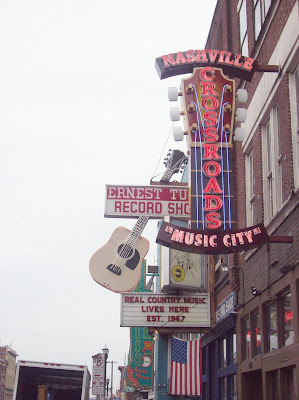 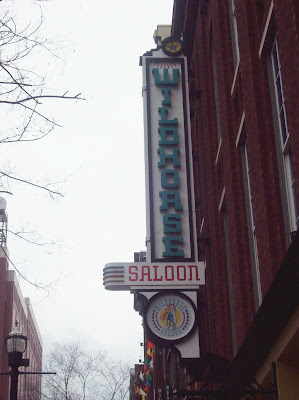 My favorite was Union Station, which is now a hotel. Awesome! 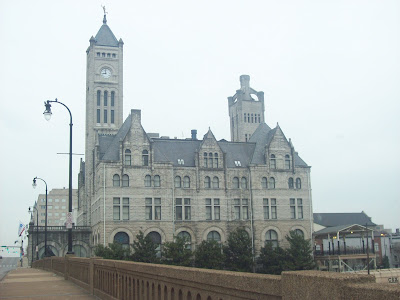 We drove through the night and got into Nashville (or Nash-a-vayle according to Sophia) around 8am central time on St Patrick's Day. We hit up Cracker Barrel...YUM...and then since it was drizzly and chilly, we went on to the Adventure Science Center. 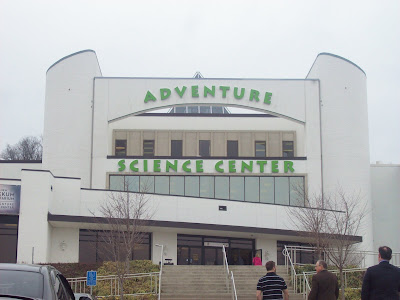 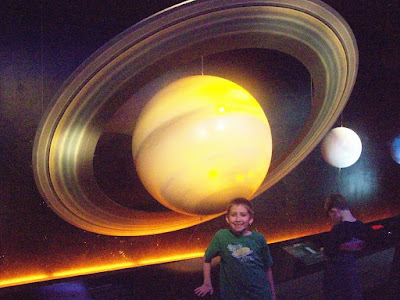 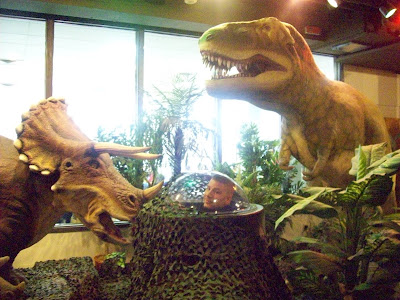 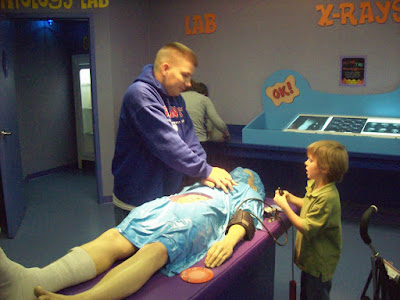 The kids (and the hubby, as you can see) had a blast. There was so much for them to do that they didn't know where to begin. They tested their reaction times with a hockey shootout scenario (not hard for my kids!), climbed up a huge spine, and even had the opportunity to see what it would be like to be in a wheelchair...they had to shoot a basketball, wheel up and down a ramp, and maneuver corners. It was a fun learning experience for everyone!

See you next week!

In just a few short hours, the hubby, munchkins and I will pile into the Tahoe and head off to Nashville!

The hubby coaches youth travel hockey and the team is playing in one more tourney this season, so we're pulling the boys out of school for a few days and tagging along to cheer them on.


We will be hanging out with friends we haven't seen in nearly 4 years, exploring a city we've never visited before, watching hockey, and best of all, the team and their families get to stay here... 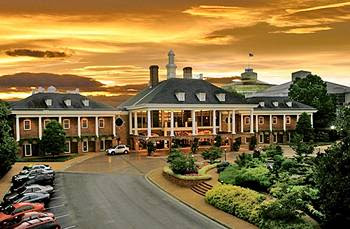 Expect a picture overload when we get back next week!

I have a little story for you.

While using the automated postal kiosk at the Post Office this afternoon, I dealt with an incident regarding a woman and my 6 year old son.

I was standing at the kiosk and asked Jonah to please throw away the sticker backing for me, thinking it would give him something to do while I finished shipping items. He decided to play basketball with his brother and threw the paper over to the can. I turned around and reprimanded them saying that there were other people around and they needed to be respectful and not throw things because they might accidentally hit someone. So Jonah decided to slam dunk the paper into the can. He reached in and retrieved said paper and I turned around, took the paper and said "Jonah, that's gross. DO NOT put your hands in the trash can." I turned back to the kiosk to print my reciept and Jonah went back into the can for his paper, when the woman who was standing at the table next to him grabbed his hand and said "Hey! What did your mom tell you??" Then she proceeded to get in his face and scream "KNOCK IT OFF!!" at him. Jonah came to me scared and I was telling him to stop acting up because he was disrupting the other customers when I overheard the woman mumble something to the person next to her about 'bad kids'.

It took every ounce of restraint to keep myself from confronting the woman and in doing so, set a bad example in front of my kids. I decided to use it as a learning situation and explain to Jonah (and the other two kiddoes) that you have to behave in public places because some people may get upset with you, and then you'll get embarrassed and so will Momma.

But really, I wanted to slap the woman and tell her to keep her crazy hands off my child and shut her judgemental mouth before I shut it for her.

Did I do the right thing in keeping quiet and leading my kids out of the Post Office? Or should I have stood up to her and defended my family?
Posted by Jen at 4:00 PM 4 comments:

As seen on the highway. 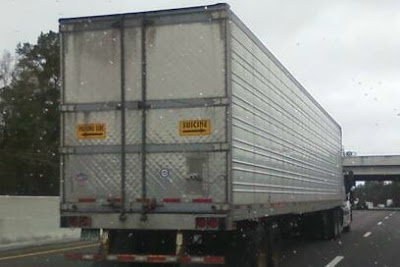 Saw this on the back of a semi on I-26 today. In case you can't read the yellow signs(it's a low-quality cell phone pic taken in the rain) they say: She picked out hot pink polish, and he told her she needed some silver sparkles too.
She held a conversation with her nail tech just like she was a little old lady.
She grinned at me and said "Momma, I'm just like you!"
She melted my heart and made my day.
Posted by Jen at 7:34 AM 5 comments: